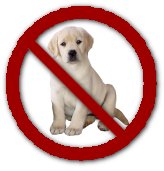 Without fail, the phone starts to ring off the hook in Late Nov. “We’re looking for a Christmas Puppy”. I have no “Christmas Puppies” ever. The holidays mark one of the worst times of year to send a puppy home. I’ve been chewed out a time or two by people who are unhappy with our rule.

The health and welfare of “MY” puppies (and as long as they are in my home, they are MY puppies) is my greatest concern. Only I will determine where they go and why.

Do I send puppies home for two weeks before to two weeks after Christmas? NO.

Why? It is an unsafe time of year for many reasons.

Many, not all, buyers during the holidays are impulse buyers. The kids want a puppy, so they start looking. It is seldom a well thought out, well *talked* out decision.

Households are busy during the holidays. WAY too busy. Puppies add to that chaos. It is a bad mix. Puppies in stress = puppies in distress = potentially sick puppies. Families are stressed. A puppy adds to the stress. Another bad mix.

Ask breeders who have been at this for any length of time if they know of a puppy chewing Christmas tree wires and burning their mouths badly. Yes, I have. Ask me if I know of a puppy that went home to hang itself in Christmas tree lights? Yes, I do. How much chocolate (poison to a dog) is hanging around on low tables during the holidays. How much See’s candy is under the tree? Lots of it. I don’t want my baby Labrador sick, injured or dead from those accidents waiting to happen. Can they happen at other times of the year? Of course. However, the holidays have more dangerous things all in one place at one time than any other time of the year.

So, what have we done? We give the family a list of “puppy things” to give to the children. “Santa” has called children and explained why their elves had to deliver a puppy old enough to go home a couple of weeks before Christmas (It’s too cold for a little puppy on a sleigh at night). The written instructions to the child in the special letter from “Santa” tells the child that more is to come for the puppy, but during the busy hustle and bustle of the days around Christmas, the puppy is to be kept in the special “puppy room” that Mommy and Daddy have made ahead of time. It’s safer for the puppy. Because the ‘new’ of the puppy will have worn off in two weeks, it is easy to keep the puppy in a more controlled environment, and the puppy has had time to settle in.

“Santa” has called on Christmas Eve and Christmas day, and mysteriously known the name of a puppy that a child wants, and explains to a child that he or she needs to put up a stocking for “Max” the puppy, who will be delivered by a helper after Christmas, because the puppy was too young. Santa promises to bring lots of important things for the puppy, to include a picture, and pedigree. Santa has delivered certificates on Christmas morning with a picture of a pregnant mamma dog, with the promise of the child getting to experience the joy of seeing their newborn puppy grow in the weeks following Christmas.

There are many “work-arounds” that a breeder can do to make a family happy and do the right thing for a puppy. And I can tell you that “Santa” has kept many wonderful letters from children who were so happy with their late Christmas puppy, that came home after the tree came down, after the house settled down, to a home ready with everything a puppy could ever need, and the smiling face and waiting arms of a child who has put down all of the other Christmas toys, and is ready to give all of their attention to their new friend. Some of the parents swear that after that Christmas Eve phone call from Santa, the kid will believe in him until the age of 40 or so. 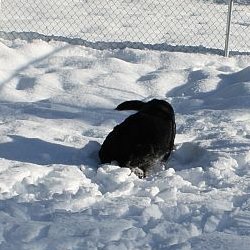