In a time far-far away (probably 20 years ago), I had just whelped a new litter. I stay up with my new moms for about a week, trading short sleep shifts with my husband, keep a baby monitor on my puppies, to hear them no matter where I am, in the event mom rolls on one, which is rather silly, because when a bitch rolls on a puppy, it is silent and quick. I’ve had it happen only three times in 40 years. It has always been the result of a tactical error on the bitches part, and never behind her, but rather, under her. The bitch stretches way forward to clean another puppy in front of her, as one crawls behind her, and up to her now exposed underside, then the exhausted mom rolls back to lie down, and rolls onto said puppy, ignoring the lump directly under her. Said puppy hasn’t got a chance if not found. We Lost one that way, saved one in exactly the same spot when my young son did a nose count and came up short (saved that puppy with nose to mouth breathing), and a stranger saved the third… thus the story:

I stay up with them and we do shifts, as mentioned, above. This particular girl was an experienced mom, and wrangled puppies with finesse. Sometime at the end of week one, my presence seemed moot, and I was totally exhausted, as we all are at that stage. Not only are they on an audio baby monitor, which I carry, this was the first time I had put them on a webcam. In those days I was a member of a group I had started called “whelp-watch”. The concept was wonderful, and in truth, I would like to start that up again. People opened their whelping’s, setting cameras up for viewing (no location mentioned), and people were free to watch the whelping process. The agreement was, that if a viewer saw anything (bitch acting as if in labor and no human visible on camera, puppy in danger, anything untoward), that they would call a number provided by the litter owner, and notify them,

So, here we were, a week out from delivery, and I suggested my husband and I go and enjoy a glass of wine in the jacuzzi, look at the stars, and just relax after a long week. That is exactly what we did! What I fail to mention here, is that we do so sans bathing suits, as suits add soap to a jacuzzi, and we indulge as God made us. Our jacuzzi area was beyond the view of others (acres away) and we went in when it was dark.

There we were… wine, a hot jacuzzi, the baby monitor, telephone, a clear warm night, the stars, and just sitting back, finally relaxing after our week, sinking down into the water, feeling every muscle relax. The phone rang and pierced the silence. “Ma’am, you don’t know me, but I live in North Carolina (thousands of miles away), and I was just watching your camera, and thought you should know a puppy crawled behind your girl, and she rolled back on it!”. FEAR gripped me! I jumped out of the jacuzzi, ran through my bedroom, into the hall, into the living room, right to the room my mom and puppies were in, and God (thankfully) put three thoughts in my head – JACUZZI – ROBE – CAMERA! I had just left the Jacuzzi, I had NO robe, and the camera was ON (to the world!). Holy cow, I was about to dart into a box as God made me! I ran back, snatched my robe, put it on while running back, and tied it on as I arrived inside the box. I lifted my bitch up just in time to save a puppy gasping it’s last futile attempts at getting oxygen, and it took a deep breath, and was fine. I gave a thumbs-up to the camera, and snuggled my little one, on camera… in my robe. It could have been so much different had I not had that camera on the puppy, had that man never had the courage to call, and had God not put three thoughts in my head! 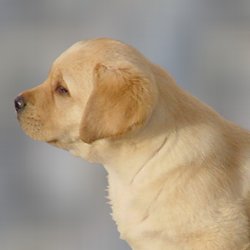