I have had several new canine mothers with mastitis.  For many years, the only thing I could do was apply ice packs or heat packs to give her relief, waiting for antibiotics to work.  One day, I found another source of help…

Seven years ago my youngest daughter had her first baby.  A few days later she had so much breast engorged that she was in agony.   We’re talking skin splitting hard and swollen.  She had a reasonable amount if redness.  I was worried she was quickly progressing to mastitis.  She was pale and crying.  We had tried warm compresses and cool.  Nothing helped.  Her daughter could hardly latch, let alone nurse well, because of the intense engorgement.  I couldn’t convince her to seek medical help, her husband felt helpless too.  She was in so much pain, we *all* felt helpless.   She wanted to wait until the next day to seek medical attention.

I had read that cabbage leaves help with engorgement and early mastitis.  Now, I am an old ER Nurse, and I am mighty fond of traditional medicine, and skeptical of various home remedies, and respectfully cautious of others.  Some is pure bunk, and some work, even to a dangerous degree if a patient doesn’t disclose that they’re using them.  So, I was skeptical at best.  BUT, I suggested her husband go buy a cabbage.  I challenged her (as a Physician’s Assistant, she was more than skeptical too), saying it surely couldn’t hurt anything, and figured it would give us a good laugh later for having tried.  She dutifully packed some in her bra and went upstairs in tears of agony (literally) to lie down.  One hour later, she nearly skipped into the room!  “I’m SO much better!!”.  Her previously pale complexion was pink, and that look of agony gone from her face!  Her tissue was far more relaxed, no longer red, and the baby was finally able to nurse.  I was astounded, as was everyone else.  No placebo affect here, as nobody thought it would help at all.

So, medical opinion is mixed, as to it’s anti-inflammatory properties.   Some Dr’s advise it.  Some say it is bunk.  An extract of cabbage in ointment form was tested, and had no positive effects.  It seems to only work in leaf form.  Cold, room temp or cooked doesn’t seem to make a difference (but I am sure cool feels good on that painful area).  Some sources caution that it should only be applied 20 min/3 times per day, or milk production is affected.

So, when I had a litter following the episode with my daughter, and my girl got an early mastitis, I quickly turned to cabbage, and kept puppies working at keeping the milk flowing (thinking the next morning I would have her at the vet for antibiotics).  She had a slight temp, was swollen, red, restless (pain) and very engorged.  The next morning, she was resolved.  Now, maybe she would have been regardless, but I can only report what happened.   I will say, that no home treatment should ever replace proper medical treatment  As I said, my bitch was scheduled to go the the vet the next morning, however, she completely resolved.

My daughter (a PA in the Army) Responds:
“Trust me… this is something you should absolutely believe without hesitance.  I had frozen a wet towel and stuffed that in my bra… it did nothing but wet my shirt and bra and heat up VERY quickly.  The leaves had an IMMEDIATE effect.  The first thing I noticed was the intense cool and an almost immediate decrease in the pulling of my skin.  I was so uncomfortable, I’d been pulling my shoulders up to my ears and I was finally able to relax them (along with the rest of me).  It didn’t take long to warm up the chilled cabbage leaves, but they still felt amazing.

Just try it when you have a bitch (or woman) who needs it. Some women say it doesn’t work for them, but I’m telling you, NOTHING else worked for me and it was more miserable than the birth itself. At least I thought so at the time. This was the ONLY thing that gave me any relief.”

Preventing and recognizing mastitis in dogs

Observe for the following (remember, mastitis is a bacterial infection): 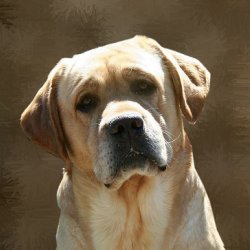